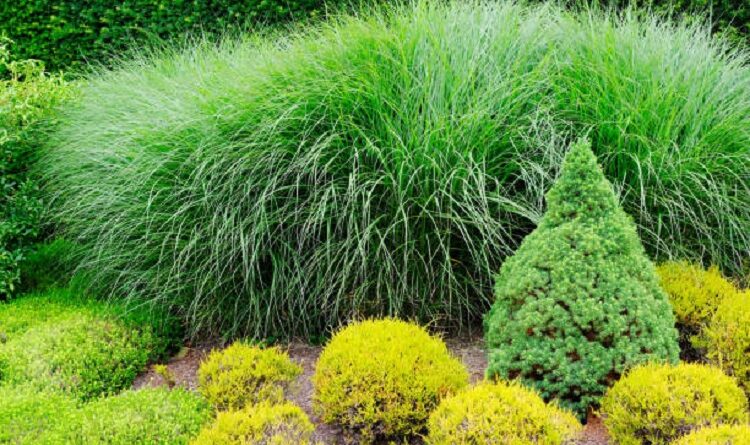 Miscanthus, more often known as silvergrass, is a genus of perennial grasses that are resilient, long-lived, and clump-forming. These grasses require little to no maintenance. There are a great number of varieties that are well-liked for use as attractive plants in landscaping.

Both their height and their spread can be very different from one cultivar to the next. It all depends on the one you choose. You can use them as a focal point in your landscape, a privacy screen, in the back of borders, or to compliment brightly coloured bedding plants. They work well in any of these roles. The rounded, arching grasses provide the appearance of a fountain, and in the late summer, one may frequently spot spectacular flower plumes that look like feathers.

Before the foliage turns various colours of brown in the fall and then dies back in the winter, the seed heads continue to offer something interesting to look at during this season. The leaves might be a lush green colour, or they can sometimes have a lovely pattern of variegation. The common name derives from the fact that the blossoms are frequently a tint that is between between purple and pink or silver.

You should be rewarded with new shoots that develop like bamboo like clockwork every year for the next many decades if you plant your Miscanthus cultivar in the spring and provide optimal growing circumstances for it. The beautiful movement and sense of structure that these grasses lend to a variety of garden environments is unmatched. Before you plant, you should be aware, however, that the copious seed heads of these plants are notoriously invasive (unless you choose a less fertile cultivar), and they have the potential to supplant native kinds of grass.

Care of the Miscanthus

The root systems of miscanthus species are rhizomatous and tend to extend outward. For something to develop properly, considerable room and time are required. Because of this, the optimum time to plant is in the early spring, around the months of March and April, when the soil is still cool and damp and the root system has plenty of time to become established. This makes it easier for the grass to endure harsh situations like drought and freezing temperatures. Because of their trailing nature, they do not require staking and thrive in a wide range of environmental circumstances.

Outside of their native regions in Asia, miscanthus species do not suffer from a significant number of diseases and are, for the most part, unaffected by pests. This is a significant benefit of the species.

A number of states, including Connecticut, Washington, District of Columbia, Georgia, Illinois, Indiana, Kentucky, Maryland, North Carolina, New Jersey, Pennsylvania, South Carolina, Tennessee, Virginia, and Wyoming, have identified the Chinese silvergrass (Miscanthus sinesis) species as an invasive species. This is despite the fact that it is the most popular ornamental miscanthus species.

A position in which you receive the full sun is ideal if you want to fully enjoy the silvery beauty of the plumes. They are tolerant of some shade, although you may not see as dramatic of a floral show as you would otherwise.

Miscanthus species with variegated leaf are the only exception to this rule. The leaves can be charred if they are exposed to an excessive amount of scorching, direct sunshine.

The majority of miscanthus species are adaptable to a wide range of soil types and pH levels; the only requirement is that the soil be well-drained. In spite of the fact that they do best in soils that are somewhat rich, loamy, and wet, these kinds of ornamental grasses are frequently the ones that are recommended for use in heavy soils since they do surprisingly well in such conditions.

You won’t need to water them very often, if at all, because miscanthus species are often plants that can tolerate dry conditions rather well. In point of fact, plants are more likely to perish over the winter if the soil is excessively saturated with water. In general, those plants with thin leaves have a slightly higher tolerance for dry conditions.

When there is a long stretch of time with no rain, it is preferable to give the plant a thorough soaking every so often. It should be just enough to moisten the soil around the rootball without making it completely saturated with water.

Temperature as well as Relative Humidity.

Silvergrass is able to survive in a wide range of temperatures, but the plant puts on its most spectacular display of flowering when the summers are particularly warm. The rhizomes of the plant can be harmed by soil temperatures that are too low, and this is an especially problematic issue while the plant is still being established.

The species and cultivar of miscanthus that you choose will determine the lowest temperature that your plant can withstand. According to a number of studies, the hybrid species known as Miscanthus giganteus (giant miscanthus), which is typically cultivated in agricultural settings, cannot survive temperatures lower than 26 degrees Fahrenheit.

One of the primary benefits of miscanthus is that it requires very little more feeding once it has reached its full maturity. The plant’s large rhizomes are capable of storing sufficient quantities of nutrients to sustain it throughout the growing season. Applying a thin coating of compost that is made from organic matter once each year in the spring should be sufficient for the first couple of years, when the grass is establishing itself.

There are approximately 20 different species of Miscanthus, but the one that is grown ornamentally the most is Chinese silvergrass, also known as M. sinensis, and the various cultivars that are connected with it. However, there are cultivars of it that are less likely to spread by themselves, despite the fact that it is an invasive species. Consideration should be given to the following popular miscanthus options:

• Zebra grass, also known as Miscanthus sinensis ‘Zebrinus,’ is renowned for the striking variegation of its leaf, as well as its height and gorgeous plumes.

• Porcupine grass (Miscanthus sinensis ‘Strictus’): If you are searching for a tall, variegated ornamental grass to use as a focal point in your garden or at the back of your perennial border, this could be a nice choice for you. Porcupine grass grows to a height of three to four feet tall. It has a growth habit similar to that of an upright tree and can reach a height of up to eight feet.

It is a good idea to clip back any dead leaves, as this will help clear up clumps and encourage healthy new growth. It is possible to perform this in the late winter, but it is recommended to be done in the early spring when new growth begins to appear at the base of the clumps.

The seedheads of your plant should be cut off in the early fall if you wish to reduce the invasive nature of the plant.

The rhizomes can be divided in order to propagate the plant, which is a frequent practise. Waiting until the plants are fully established (at least two to three years old) and performing the task during the dormant period, preferably in the early spring, is the best course of action.

Keep in mind that ancient growth can be difficult to divide, and you may require the assistance of two forks in order to successfully cut through the crown. The process can be simplified by enlisting the assistance of an additional member of the family or a friend.

It is also possible to cultivate miscanthus from seed. The process of germination is rather quick, typically taking place within two weeks. Germination occurs most successfully at temperatures that are no higher than 75 degrees Fahrenheit above freezing point.

You should only seed them straight into the ground in the early spring if you choose to do so, and you should only do it in areas where the soil is chilly but not frozen. When there are at least two sets of leaves on a seedling, whether they were started indoors or outdoors, they are ready to be transplanted.

Miscanthus is prone to a number of problems.

Although Miscanthus species are often quite resilient and require little care, certain problems may emerge based on the growth conditions and the level of attention given to the plant.

It is possible that you will not see as many flowers as you had planned if the summer is cloudy and chilly and there is little sun. If you aren’t careful about where you plant your miscanthus, this could potentially be a source of difficulty for you. For instance, you shouldn’t plant it in the shade of a tree.

Leaves with Brown Spots on Them.

A miscanthus with variegated foliage that receives an excessive amount of direct sunlight may suffer from scorch or rust along the leaf margins. Remove from the plant immediately any leaves that have developed a rusty colour. Choose a location that has filtered light and moderate shade to avoid this problem; however, this recommendation only applies to variegated plant kinds.

Even though Miscanthus is quite drought-resistant, prolonged periods without water will cause the leaf to curl in on itself, and the plant will finally die back from the tip. This can happen even if you water it regularly. It is helpful to give the plant an occasional, deep watering during extended periods of dry weather; however, care must be taken to avoid waterlogging the root ball. 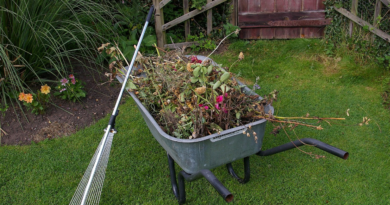 4 Ways To Deal With Garden Waste After A Landscaping Project 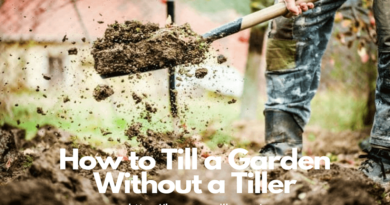 How to Till a Garden Without a Tiller? 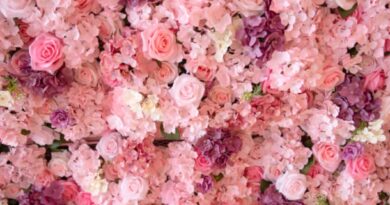 Reasons You Should Have Fresh Flowers At Home: