Gas Line Problem At Home – Natural gas is quite common in many households as it’s still used to power stoves, furnaces, dryers, and fireplaces, among others. Many homeowners choose to use gas instead of electricity as the former may wind up to be cheaper. Likewise, gas may be considered as a clean fossil fuel, making the home more environment-friendly.

All those advantages, however, do come at a price. Like most other sources of energy, gas can also be dangerous if it isn’t handled properly. Surely, you’re no stranger to all the horror stories of houses exploding due to gas leaks. You can keep yourself in a proactive position and safe by learning how to determine that a potential gas line problem may be underway.

There are warning signs of a gas line problem in your home, and some of which are:

Your home should usually smell good, especially when you take the time to clean it regularly. So, if you wake up one day and start to notice a distinct smell, this is a sign of a potential gas leak. This distinct smell is often described as one like sulfur; meanwhile, other homeowners may also say that it also smells like rotten eggs.

The reason behind this is a harmless component known as mercaptan. This is often added to natural gas to make it easier for homeowners to detect gas leaks. It’s an unmistakable smell of sulfur, so you can’t go wrong with that. When you smell it, take action immediately by visiting the Fergusons Plumbing site or any other similar platform to get a hold of experts in this field, helping you practice extreme caution at home.

This second sign applies if you have a lot of plants at home and you’re able to take good care of them. They’re well-watered and well-fertilized, so you know for sure that your plants are happy. Then, one day you wake up to find that they’re dying or, worse, dead.

While you might think of it first as a landscaping problem, such may not really be the case especially for those near gas lines. Take note of the fact that gas displaces the oxygen that your plants need to grow. If your landscaper doesn’t see any problem from your garden’s end, then the best professional to ring now is a gas repair or plumbing service provider.

When your pipes or appliances have large leaks, they’ll start to give off a noisy hissing sound. This is possible even when the appliance is switched off. Modern appliances are meant to be quiet, so even the faintest hissing sound should already be enough to put you on your guard.

Here’s a quick test you can do to help check for any gas problem: the bubble test. This works for propane and any other appliance and pipe at home that contain pressurized gas. Here’s what you should do:

For the last bullet, if such is in the affirmative, then it’s confirmation that you, indeed, have a gas leak. Along with this air bubble test, other signs can also include the presence of dirt getting kicked up in the air, or the presence of mist and fog.

Gas poisoning isn’t something you’d want to happen in your household. In its early phase, however, the physical symptoms can merely be indicative of low-level gas poisoning. This means you have time to solve the problem before it becomes dangerous both to property and life in your home.

With that, some of the physical symptoms of gas poisoning are:

Those symptoms should come so suddenly, which means that the individual experiencing such should have no other underlying medical conditions that’ll bring about those side effects. Moreover, if you have multiple family members, then there should be many of them experiencing it, not just one, for those symptoms not to be considered as a medical problem.

When members of your household experience those symptoms, then you have to seek help from a healthcare professional as well. As you do so, let the experts take care of repairing your gas lines and pipes.

Whether they’re placed above the ground or underground, gas pipes can deteriorate over time. As a homeowner, it’s your job to check once in a while to be sure that there isn’t any leaking gas in your home. The signs above should give you a guide, but even without the presence of such, you can never go wrong with checking periodically. As you remain vigilant to those signs, know who to call, too. Don’t just leave the task of repairing your gas lines to anybody. It’s a serious task that should be handled only by experts. 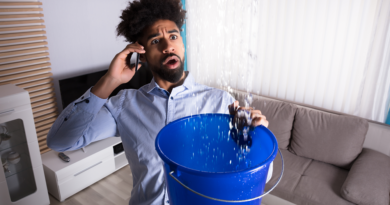 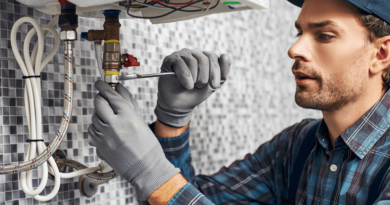 How Much Do Local Plumbing Services Cost? 7 Things To Consider Before Hiring A Plumber